Shoot Dice with Online Craps in the UK 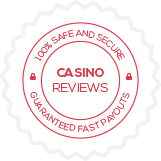 Whether you are an avid craps fan or new to the game, there’s no better place to shoot dice than online. While many online casinos now offer real money craps, you don’t have to settle for just any site.

Our experts have tested, reviewed, compared, and rated a vast array of casinos licensed by the UK Gambling Commission. All the recommended casinos on this page have:

What's on this page?

The Basics of Shooting Dice Online

It’s easy to play online craps. The first thing you need to know is that the game has two phases, which are known as the come out roll and the point phase.

The game gets more interesting if the shooter rolls any other number since that number immediately becomes the point during the point phase, which we’ll discuss below. 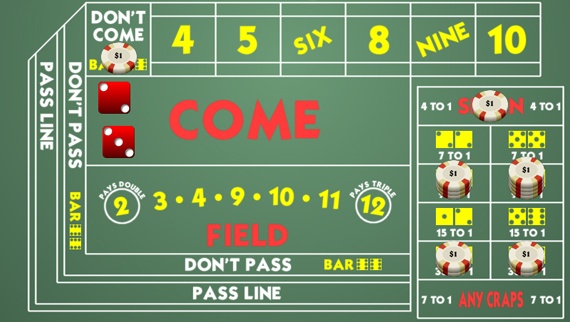 Craps is far less complicated than it looks. Whether you’ve already tried the game at your local casino or plan on playing online for the first time, you’ll want to take advantage of these six essential tips.

£5,000 Welcome Bonus
Get started at Mansion Casino with the exclusive welcome bonus that matches your playing style. Get 100% up to £500 or 50% up to £5,000 for free when making the first deposit.
Click here to get your bonus
T&Cs Apply
New customers only. Minimum deposit £20, maximum bonus £200. Wager 40x before withdrawing. game weighting applies. Max bonus betting limit - slots £5, other games: 10% of bonus amount. Full T&Cs apply.

Get Started at the Best Gambling Sites

It doesn’t make a difference if you are a high roller or happen to be on a strict budget. Our gambling experts have found the best online craps casino action in the UK.

Not only can you win real money shooting dice at any hour of the day or night, but you can claim a huge bonus from one of our top rated casinos. Just follow the links on this page to claim your free cash.

Whether you play online or at your local UK casino, the game of craps has two stages. The first is called the come out roll and the second is the point phase.
During the come out roll, players can place pass and don’t pass bets. You’ll win a pass line bet if the shooter rolls a 7 or 11. You’ll lose your pass line bet on a 2, 3, or 12. If the craps shooter rolls a 1, 4, 5, 6, 8, 9, or 10, this number becomes the point.
Don’t pass bets are effectively the opposite of pass bets, which means you’ll win on 2 or 3 and lose on 7 or 11, but 12 acts as a tie.
When you reach the point phase, the shooter will need to roll the point before a 7 for you to win your pass line bets. As you might expect, the shooter must roll a 7 for you to win your don’t pass line bets.
To bet in craps, place your chips in one of the many betting areas on the table. Remember that the game has two related rounds or stages called the come out roll and point phase.
When playing online you’ll always be the shooter, which means you are required to make a pass line or don’t pass bet before rolling the dice.
In craps, come bets are similar to pass line bets, but you won’t be able to make a come bet until a point is established. If you shoot a 7 or 11, you’ll win your bet. If you shoot a 2,3, or 12, you’ll lose.
If you roll any other numbers, your come bet will be placed in the betting box for that number. This number will become the come-bet point.
There are several ways to win in craps. During the come out roll, you can win your pass line bet by shooting a 7 or 11. You can win your don’t pass bets by shooting a 2 or 3.
During the point phase, you’ll need to roll the point before a 7 to win your pass line bet. If you place a don’t pass bet during the point phase, you’ll win your bet on a 7.
You can also take advantage of the various proposition, odds, place, buy, hardways, lay, big 6, big 8, and field bets as listed on the table.